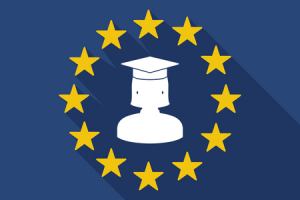 With a plethora of excellent universities and educational facilities, the UK has become a popular choice for foreign students looking for somewhere to study and train. In fact, the UK attracts students from countries all around the world with some heading to its top universities such as Oxford and Cambridge.

For students that want to train and study in the UK, Brexit brings about both confusion and concern. We are still a year away from actually pulling out of the European Union, as negotiations are at the midway mark following the triggering of Article 50 by the Prime Minister in March 2017.

This means that it is impossible to really tell how Brexit will affect students that want to come from abroad to study and train in the UK until things move along further down the line. However, many experts have their own ideas and predictions with regard to the effects that Brexit will have when it comes to foreign students studying in the UK.

Drop in resources and European funding

One of the problems that industry officials from the education sector have highlighted is the drop in European funding for educational programmes and projects following Brexit. This could impact on the courses that educational institutions are able to offer and the number of students that they are able to accept on their courses.

Another issue that many believe is likely to take its toll after Brexit is a rise in the cost of resources and utilities for educational institutions, which could mean higher fees in a bid to make up costs. Of course, there is nothing written in stone with regard to these issues but these are just some of the ways in which Brexit could affect the UK education system.

There are a number of different factors that will impact upon the affects of Brexit on foreign students. With students that are from countries outside the EU, the chances are that there will be no direct effect. This is because they are considered international students, so nothing will change for them in effect. However, for students that are within the EU and want to study and train in the UK there could be a couple of possible scenarios.

If the UK decides to stay within the European single market, the impact on European students looking to train and study here may be minimal and there may be no effect at all. However, if the UK pulls out altogether, European students would be classed as international students. This could mean limited access to courses and higher fees for tuition. Of course, it will also work the other way around the students from the UK will also have to face limited access and higher fees when training and studying in Europe.

However, things may change dramatically for students who come here from European countries to train and study. This is because they are currently treated the same as British students in terms of course access, residency, and tuition fees. Should the UK pull out of the European Union altogether, European students will suddenly have their status changed to international students. This is something that will have an impact because they will no longer be treated in the same way of British students when it comes to access to courses and tuition fees at UK educational establishments.

While the exact impact on foreign students studying in the UK remains to be seen, the likelihood is that it will be students from European countries that will bear the brunt of the UK pulling out of the EU. Students are being prevented from making long-term plans, especially due to the limited amount of information from the UK government.

Programs that have been long-established between the UK and the EU, for example the Erasmus exchange program which has more than 3.5m students registered, have also been placed in jeopardy. These programs allow students in the UK who are studying a language to spend one full year studying in a European university. The same is true for European students, who will suddenly no longer be able to complete their stay as planned, and may even have to change courses because of it. Erasmus is only one such program, but there are hundreds of others which cover many thousands more student’s futures.

It is also thought that regulations with regards to student visas will change for European students after Brexit. Many believe that in the event of a ‘hard’ Brexit, strict regulations will be brought in for foreign students in relation to applying for student visas if they wish to study at a UK university of educational institution. One of the issues at the core of Brexit has been immigration. Depending on how strict regulations are after Brexit, this could also have an impact on foreign students studying in the UK.