Over the past couple of years, we have heard a huge amount of Brexit and the reactions with regards to Britain’s exit from the European Union have been very mixed. Some believe that it is an excellent move that will restore Britain’s former status of glory but many others are concerned about the effects that the move will have when it comes to vital things such as careers, imports and exports, living costs, and more. 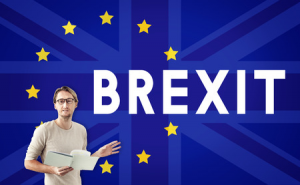 One of the things that many are concerned about when it comes to Brexit is the effect that our exit from the European Union will have on the education sector. This is not just in terms of teachers that are from the UK but also the many teachers that head over from other countries around the globe in order to teach in the UK. The high level of uncertainty over the effects of Brexit on all workers from other countries has left many feeling very nervous about their teaching jobs in the UK.

Teachers from other countries do not just head to the UK in order to teach other languages. In fact, they provide expertise when it comes to all sorts of subjects including maths, sciences, history, and various other subject areas. The UK is already struggling when it comes to finding people to train as teachers so the input from teachers that come from overseas is an invaluable one. If Brexit makes it more difficult for qualified teachers to live and work in the UK, it could have a profound negative impact on our education system.

What will happen according to the experts?

While people have their own opinions on how Brexit will affect foreign teachers in the UK, it is impossible to save for certain one way or the other what the effects might be. However, according to one education expert from the examinations board Pearson, it all amounts to bad news. Steve Besley, who is the head of policy for Pearson, spoke out in an interview last year and his predictions with regards to education made for pretty gloomy reading.

In his interview, Besley said that 85 percent of teaching assistants that taught Modern Foreign Languages along with 30 percent of teachers were European nationals. However, he added that Brexit would mean a huge cut in European funding, which would invariably have a negative impact on foreign teachers in the UK.

In addition to this, he went on to state that Brexit would mean high costs when it came to resources for education in the UK and would result in a sharp drop in funding for local project from Europe. He stated that there would be immense pressure on head teachers in schools around the UK because of the reduction in access to foreign language teachers and the fact that some of the teachers already working and living in the UK were considering moving back to their own countries.

A year to go before we leave

Of course, there is still some time left before Britain officially leaves the European Union. The Prime Minister triggered Article 50 of the Lisbon Treaty in March 2017 and at that point the two year period of negotiations began. The UK will therefore leave the EU from March 2019 onwards, which still leaves over a year to determine what the actual effects of the move will be on foreign teachers in the UK.

However, there are also concerns that the teaching of European languages like French and German could take a hit as a result of there being fewer teachers from the European Union. Whilst this seems plausible from the outside, it is not likely to have any major impact as Britain is still close neighbours to France, Spain and Germany, and millions of people holiday there from the UK each year and vice versa.

For a number of consecutive years, the government has failed to hit targets when it comes to the recruitment of teachers. This has left the education sector facing a real crisis in terms of teacher numbers compared to rising student numbers. This crisis was eased somewhat by the teachers from European countries coming over to the UK to teach languages and other subjects. However, if Brexit does result in harsher restrictions and a mass exodus of European teachers from the UK, it could have devastating results on the education system.